How The Autistic Savant Stereotype Is Harmful

I get it, autistic savants are fascinating. In the 1988 film Rain Man, which won the Academy Award for Best Picture, Best Director, Best Actor, and Best Screenplay, Dustin Hoffman plays Raymond Babbitt (Rain Man). He is an autistic savant who has been institutionalized in a mental hospital until his younger brother Charlie, played by Tom Cruise, breaks him out.

In one famous scene, a waitress accidentally spills a box of toothpicks upon the floor, which she was attempting to hand to Raymond. He instantly counts all of the toothpicks. 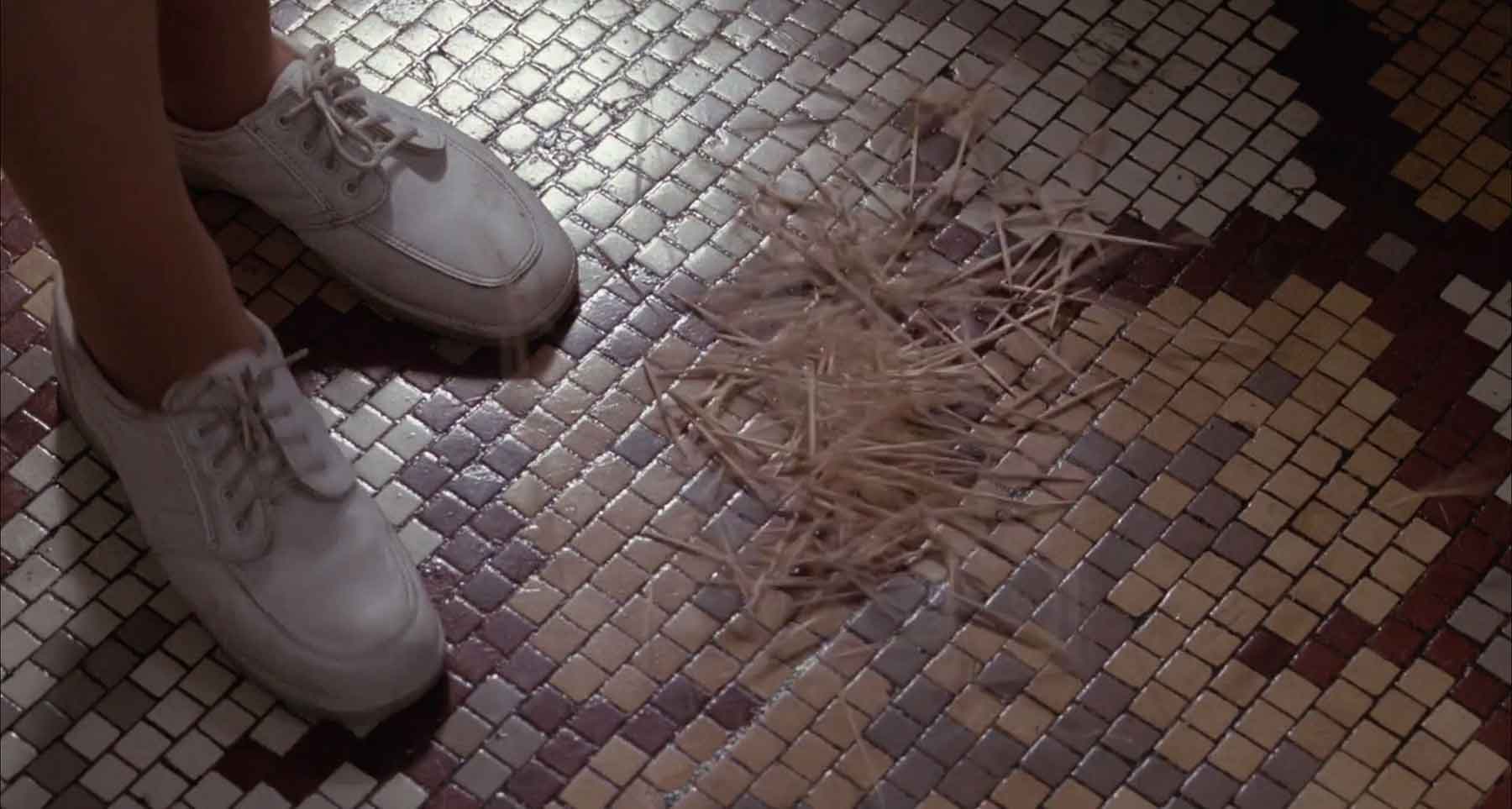 In this scene we see the beginnings of the “autistic savant” trope, which is a stereotype that portrays people with autism as having exceptional abilities in a specific area, such as math or music, while simultaneously portraying them as being socially awkward and lacking in other areas. This trope would continue to be perpetuated in film and television for decades to come and is still prevalent today.

I actually have a spreadsheet that I am working on to try and capture how autistic people have historically been portrayed in both movies and television. As you can see, the autistic savant white male trope is used everywhere.

I did a recent poll asking my fellow Neurokin, “Are you good at maths?”. 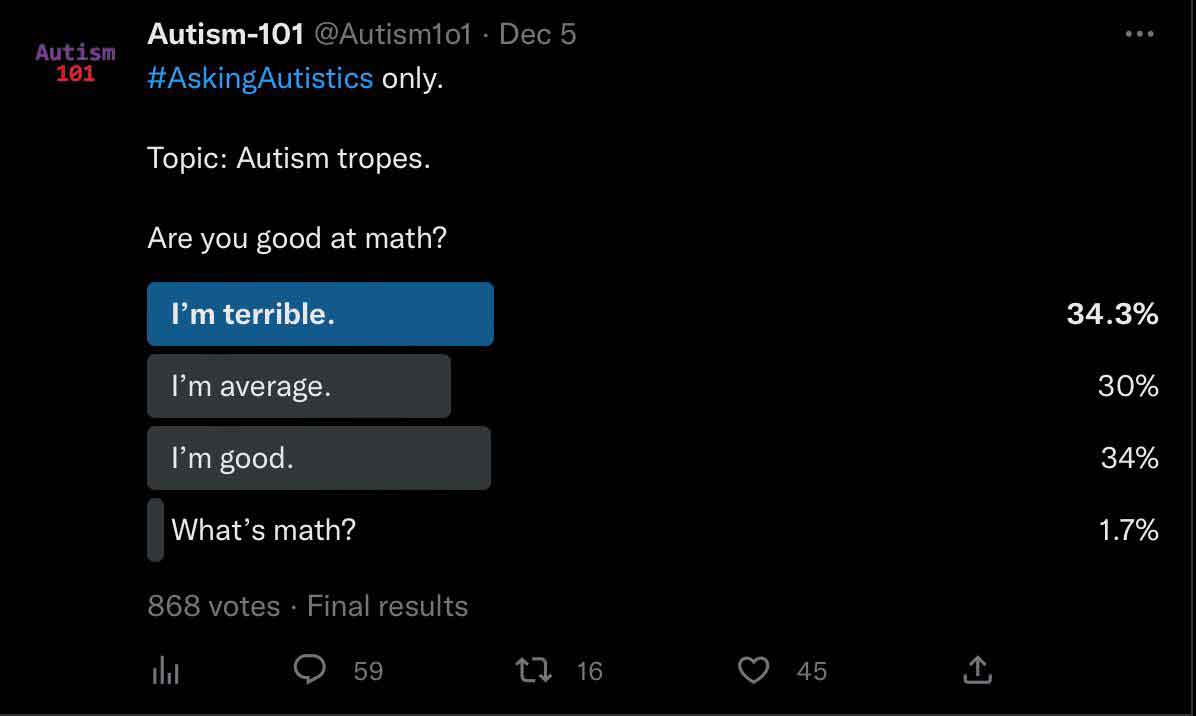 The autistic savant stereotype can be harmful to autistics in many ways. It perpetuates misinformation about autism and is not an accurate portrayal of most autistic people.

We are not all human calculators with no feelings. Many of us can love deeply, feel deeply, and care deeply. While some of us may have exceptional abilities in a specific area and have what is known as a “Spiky Profile”[1], this is not the norm and does not define an autistic persons entire identity. This stereotype can lead to misunderstandings and misconceptions about both autism itself and about autistic people in general.

Autistic People Are Not All The Same

It oversimplifies the diversity of autistic people. The “autistic savant” white male stereotype suggests that we are all the same, when in reality our community is extremely diverse. We come in every age, sex, shape, size, and color. It is not helpful to try to fit us into one narrow and stereotypical mold.

The stereotype can lead to harmful and inappropriate expectations. If people believe autistics are all savants, they may have unrealistic expectations of our abilities. This can lead to disappointment and frustration for both the autistic person and those around them.

It can also discourage people from seeking a diagnosis. Some people may be hesitant to seek a diagnosis of autism because they fear being labeled as a “savant” and having unrealistic expectations placed on them. This can prevent people from getting the support and services they need.

The “autistic savant” stereotype can contribute to negative attitudes towards autism and autistic people. This can lead to discrimination and stigma, which can have serious consequences for autistics and their families.

In the end autistic people are just that…people. We can be found everywhere. We would just like to be treated with respect and not shamed or criticized for being different. 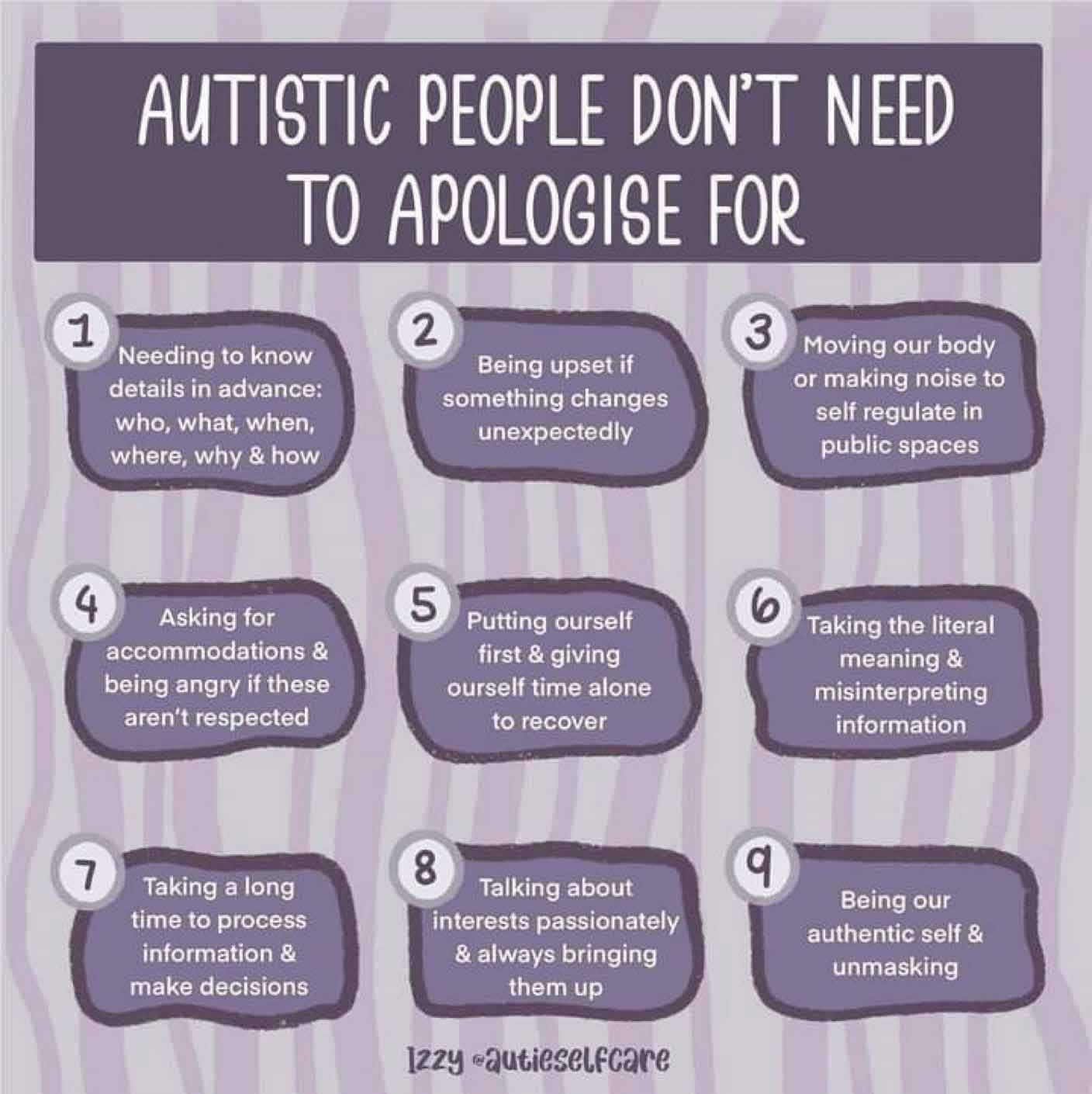 Hi, I’m Jeff Owens, an Autistic person who is trying to make sense of the world and my place in it. I like to help other people …