For many autistic people, social interactions with a neurotypical person can be fraught with anxiety. There are social norms and expectations, such as making and keeping eye contact, that for some of us prove difficult or even impossible. We might have trouble reading facial expressions and body language, or picking up on a person’s subtle tonal variation that could imply a completely different meaning to their words.

Some conversations can turn into a firehose of unpredictable information, which many autistics struggle with. We may quickly become overwhelmed because we can’t keep up and process all of the information coming at us so fast. 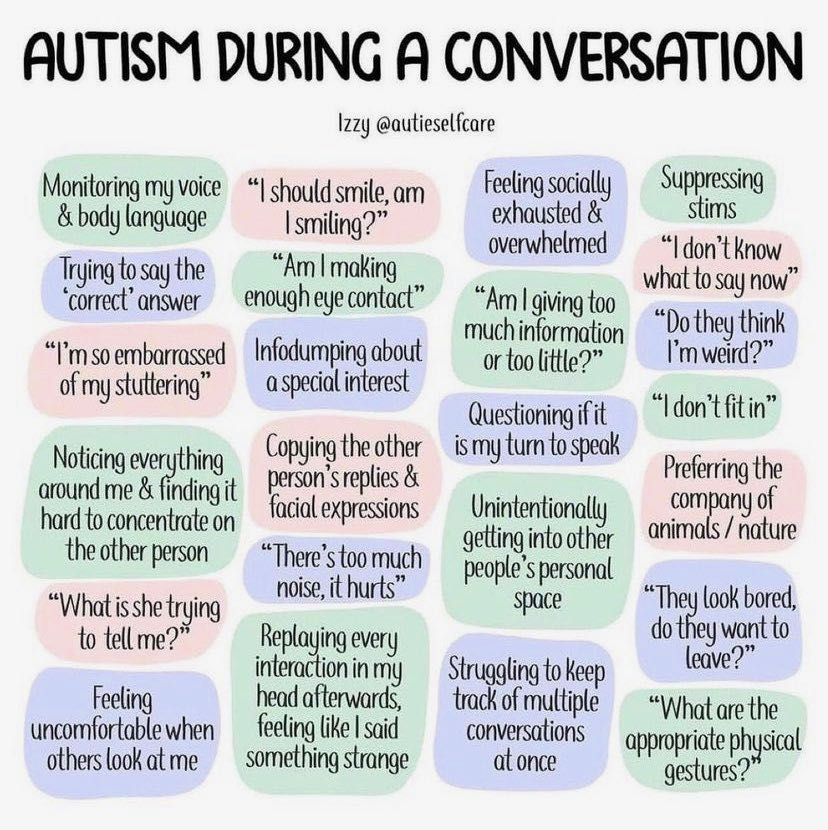 Autistics have different comorbidities that can affect how we manage conversations. I’ll mention one of mine as an example. Like many autistic people I have Alexithymia. It means that I often struggle with knowing how I internally feel. In my opinion, Alexithymia is why so many autistics relate to Spock from Star Trek. For example, when a person approaches me and asks, “How are you?” I panic. I have no idea how to answer this question. That may sound silly to a non-autistic person, but for me it causes great anxiety. Even though I have been told by neurotypical people that nobody really wants to know how you are doing, I still don’t know what I’m expected to say or do. And because I don’t like lying or being dishonest I can’t just blurt out “Fine, thank you.” if I’m not really fine.

All of these elements are a big part of what happens during a conversation and are what makes navigating them for an autistic person feel like we are instead playing a game of chess. 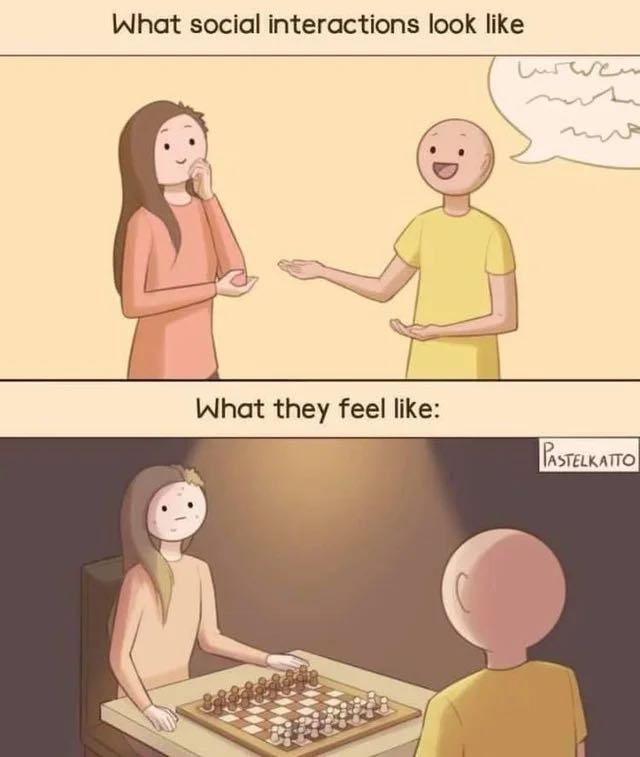 In addition, there are social environments that can make having a conversation more difficult for us. Many of us are hypersensitive, meaning that places which are noisy, have lots of movement, or have strong odors can quickly become overwhelming and a major distraction.

Interestingly, according to autistic researcher Damian Milton, autistic people simply have a different way of communicating rather than a deficient one[1]. He coined this the “double empathy problem” in his paper in 2012 where he argues that the communication breakdown runs both ways. Non-autistic people have just as much trouble understanding autistic people.

When you are speaking with an autistic person, you might find us bringing up the same topic again and again. This is not us trying to seek attention, but our way of connecting with you. Sharing a special interest is our way of telling you an important part of who we are.

Autistic people are just people. We want to be accepted, included in things, and treated with respect like everybody else. And we want friendships too. It takes us a lot of effort, but if you could meet us half way it would mean a lot.

Hi, I’m Jeff Owens, an Autistic person who is trying to make sense of the world and my place in it. I like to help other people …